To provide you with the best possible experience on our website, we may use cookies, as described here.
By clicking accept, closing this banner, or continuing to browse our website, you consent to the use of such cookies. 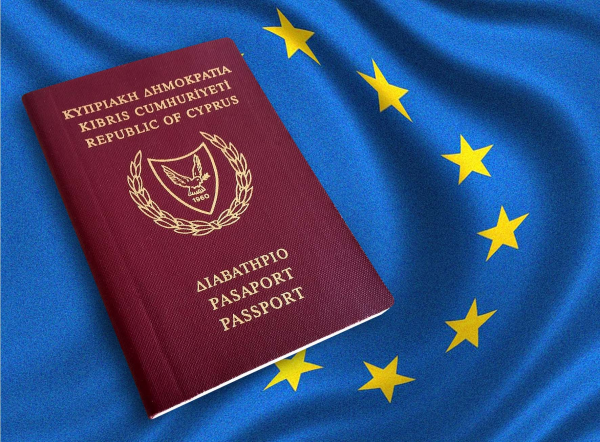 Introducing Cyprus the third largest Island in the Mediterranean from its beautiful coastline to its green mountaintops you can swim, hike, or ski at the same time of year. With a rich history Cyprus is the Island of Aphrodite the Greek goddess of love and beauty with over 10,000 years of culture and civilization Cyprus is renowned as the island of legend and mythology with enchanting seas. Offering a climate that guarantees more than 330 days of sunshine per year magnificent scenery and a culture famous for its warmth and hospitality. Cyprus offers a rich history and hosts many world archeological/heritage sites by Unesco, believed to be the lost city of Atlantis Cyprus’s archeological ruins are sure to challenge the imagination of anyone. From many ancient churches and castles including that of Richard the lion heart who on his return form the crusades concurred Cyprus and married his queen, Berengaria, the caste still stands today in Limassol. Cyprus has many picturesque ancient stone villages, a captivating drive through its mountains and forest will astound at the history and tradition still alive in the rural areas of the Island. Thanks to its natural beauties, the cleanest beaches in Europe, high specification tourist services its history and climate Cyprus is a very popular tourist destination.

Being an EU member with the euro as its official currency Cyprus is one of the most vibrant economies in Europe meanwhile a low cost of living and a highly beneficial tax regime coupled with a first class infrastructure broad network of legal and banking services, highly educated and affordable work force, 98% English speaking population, excellent flight connections, highly developed education system, advanced health care and the lowest crime rate in Europe help to create a rare quality of life. Cyprus is the perfect location and the gateway into Europe; also friendly relations with all Arab/African and surrounding countries make Cyprus a perfect base and expansion destination into the Middle East and Africa.

So weather it’s for business or trade, a second home, sound property investment, or permanent residence in Europe, Cyprus is your destination.

Furthermore, Cyprus is a member of the United Nations and its specialized agencies, the Council of Europe, the Organization for Security and Cooperation in Europe, and the British Commonwealth.

The structure of Government is similar to other western democracies where human rights, political pluralism and private property are safeguarded. The legal system is based on the same principles as those applicable in the United Kingdom.

Its geographical position, the meeting point of three continents Europe Asia and Africa makes it an important junction for communications and transport, in the last decade Cyprus has experienced a development unprecedented in its history and all sectors of its economy in trade industry the services sector and tourism. Despite its small size it has managed in only a few decades to grow from a traditional rural society into a modern state with a developed economy and the entire necessary infrastructure to support Land, Sea, Air communications and transport. Millions of tourists visit the island every year most of them fly by air. Being the cross road to east and west it is remarkable that a population of 700,000 services more than 5,000,000 passengers and a large number of the worlds airlines at its airports.

Investing in Cyprus and specifically Limassol is a decision you can take with ease, Through the worlds financial crisis Limassol has stayed virtually unscathed as tourism and foreign investment have kept the economy of the city strong, also the announcement of the largest natural gas find for the last decade has made the countries economy go on, drilling started in late October of this year and is a co agreement between Egypt, Syria Israel and Cyprus.

In order to attract foreign investment and enhance economic prosperity in Cyprus, the Government has liberalized the Foreign Direct Investment (FDI) policy for not only EU Nationals. Administrative procedures have been simplified and no limitations apply in most sectors of the economy, e.g. the minimum level of investment and the foreigners’ participation percentage. Consequently, foreign companies now have the opportunity of investing and establishing business in Cyprus on equal terms with local investors; no distinction is being made between foreign and Cypriot companies.

Foreigners can receive permanent residence in Cyprus with a minimum investment of 300,000 euro; also a deposit into a Cyprus bank of 15,000,000 euro or other investments in the region of 10,000,000 euro gives the right to acquire a Cyprus nationality. All money deposited into Cyprus is tax-free, and can be/remain in many foreign currencies earning interest.

Cyprus has always welcomed foreign residents and opened its doors to people looking for a better way of life. It gives the opportunity to foreign business people to base and work their companies not only from a more strategic location and beneficial tax structure but also from a lifestyle point of view. The Russian population in Limassol alone has reached 50,000 permanent residents in 2011 that choose to conduct their business from Cyprus, reside in Cyprus and invest in Cyprus.

Business owners operating the activities and funds of their companies offshore can relocate their activities to Cyprus and through investment dealings and business operations acquire Cyprus Nationality. Cyprus is an ideal location to carry on business. This is enhanced by its favorable tax regime having the lowest tax in the EU and a wide range of Double Tax Treaties and Tax Free dividends income, (China/Russia included). This allows investors to register companies in Cyprus while operating abroad and benefit the lowest corporate tax in Europe which is 10%.

Today the sector of services connected with merchant shipping has developed so much that the country has become one of the most significant transit and trade centers between Europe and the East. It is at the same time one of the biggest bases for international shipping companies and third largest in Europe and sixth largest in the world, with a merchant fleet exceeding 2000 vessels of 24 million gross tons. The Limassol port is one of the busiest ports in Europe; Limassol is also a natural destination for Cruises sailing in the Mediterranean. The advantageous location of the Island the safe environment it offers for cruises and its passengers have made Cyprus one of the most significant Cruiser centers in the area, more specifically in the Mediterranean, discover the pyramids of ancient Egypt the tranquility of the Greek islands the wisdom of the holy lands in Jerusalem the beauties of the acropolis and Rome with just a phew hours of luxury sailing at a very reasonable price.

A relaxed and rewarding lifestyle is a promise Cyprus always keeps.